Teaching my toddler about danger was not something I thought a lot about.

I mean I talked about things that were dangerous that we experienced on an everyday basis, like not putting too much food in your mouth at one time because you can choke. Or making sure you hold mommy’s hand when we are in the street or in a parking lot. 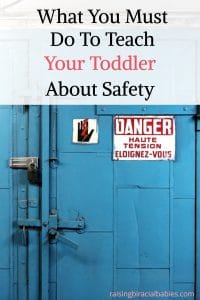 A few months ago I thought about how sometimes kids run away from their parents in stores and hide in the racks.

At least this was always the scary story that I heard and I thought, I wonder how I would explain to ‘A’ (my daughter) that getting separated from me would be dangerous? And then I didn’t give it too much thought after that because she isn’t a runner. She never has been so I didn’t think she would ever run away from me in public.

We were in a bounce house building, (they had a bunch of different bounce houses inside this one building) and both of my kids were playing in them.

After a couple hours my son got tired, so I put him in the baby carrier and at that time I told ‘A’ we needed to take a potty break. She said she didn’t want to go, I sympathized but explained we would need to go anyway.

She screamed no again and ran from me. Because I was wearing my son I couldn’t run after her so I thought I would go the opposite way she was running and cut her off.

But I couldn’t find her. 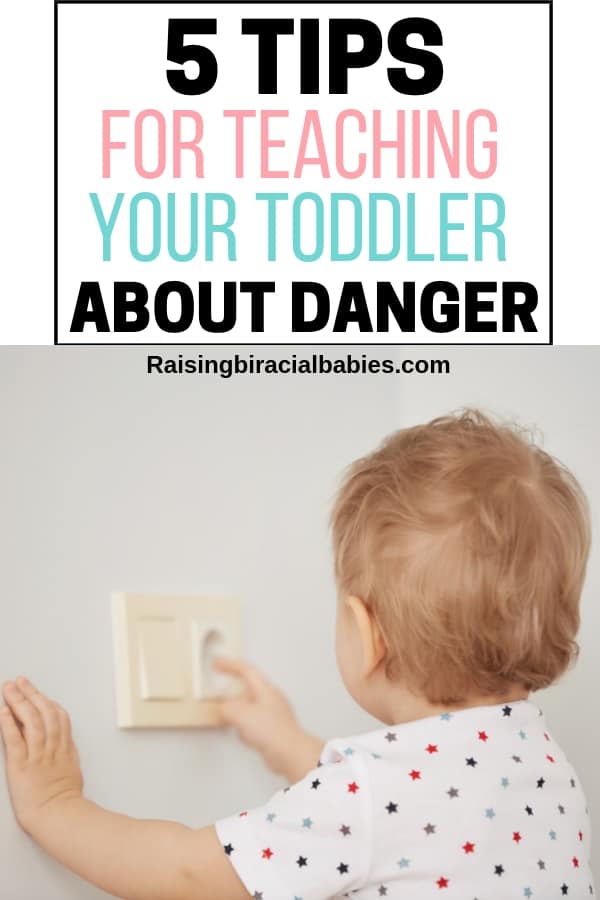 So I assumed she had run into a bounce house. So for the next 5 minutes I was looking in the bounce houses (I couldn’t go in because I was wearing my son) and didn’t see her. Each time I didn’t find her, I became more panicked.

The building was very loud because of all the machines that were running to keep the bounce houses inflated. I knew she would never hear me if I called for her.

Then there were the machines. I thought what if she tried to hide by them and gets hurt I would never hear her scream or cry!

The place was not very busy so the few families that were there noticed I was looking for her and let me know they had not seen her.

And at this point, I started shouting for her even knowing she probably wouldn’t hear me.

I was so scared and felt so helpless.

As I turned around not sure of my next move, I saw her running toward me with a snack in her hand.

She had hid in the coat room and took a snack out of my bag. I ran to her, the fear and adrenaline coursing through me had reached a tipping point, and I started to cry.

I was so relieved and I took her and hugged her and told her I was so worried that I didn’t know where she was. I think her seeing how upset I was, (not in an angry way but sad, worried way) helped her understand the severity of the situation.

You can’t prevent every type of danger from happening to your kids. But there are things you can do to help educate them in staying safe.

How to teach a toddler about danger 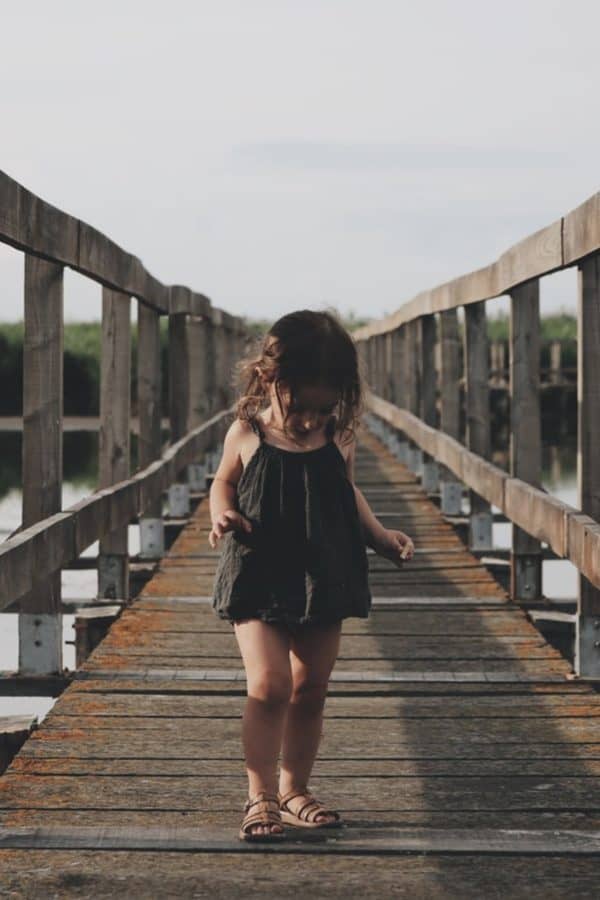 So I wasn’t super calm (obviously) after I found ‘A’, but I think it helped a lot that I was not angry with her or yelling at her.

I reiterated throughout the day how unsafe it was to run away from me and me not know where she was.

I said if she did that when we were out places that we would have to leave because she was not acting in a safe way.

It’s important to discuss natural consequences when talking about danger because if you over exaggerate what can happen, they’ll either be super fearful of everything, or they may lose trust in what you say.

For example, if you told your child not to climb on a chair because they’ll fall off, hit their head and die, that’s an extremely unlikely circumstance that would happen.

Instead you can say don’t climb on the chair when I’m not there to supervise because you could fall and hurt yourself. 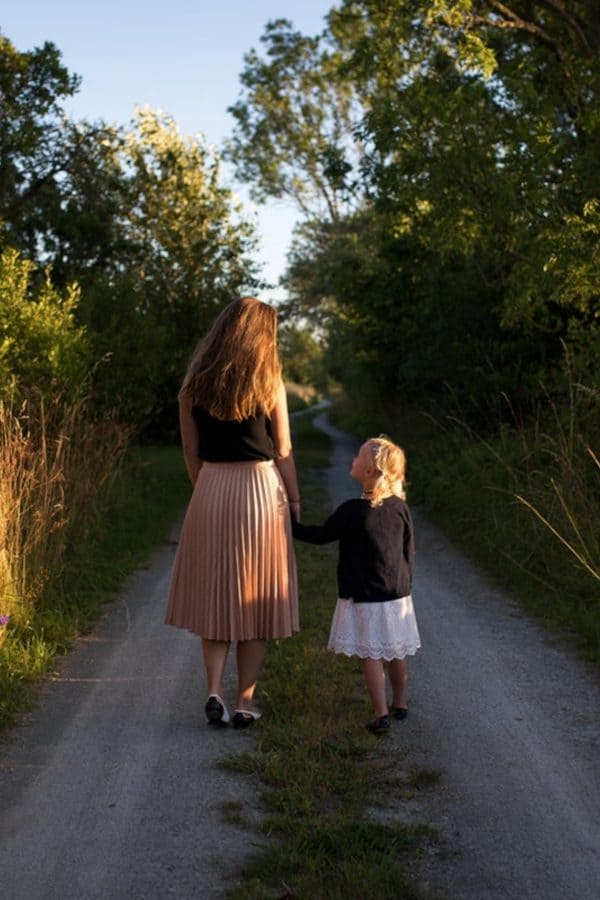 Have the conversation often

Since that incident happened, I remind her more often of what the safety rules are when we go somewhere.

It depends on where we go but the rules usually are; not running away from me, asking to go somewhere and getting a response from me before she goes anywhere without me, holding my hand in a parking lot, etc.

Don’t wait to talk to your child about danger

Never assume because your child hasn’t acted in a certain way that they won’t in the future.

I was naive in waiting because she was always the cautious child and my son was the wild one who had a hard time listening and staying in one place.

I figured he’d be the one I would need to watch out for when we were in public places.

Because of that I didn’t think to have discussions with ‘A’ about danger in public places.

Once your child is old enough to walk by themselves in public, talk about what could happen and ways to keep them safe.

You can start off with short directions or conversations and expand on them as they get older. 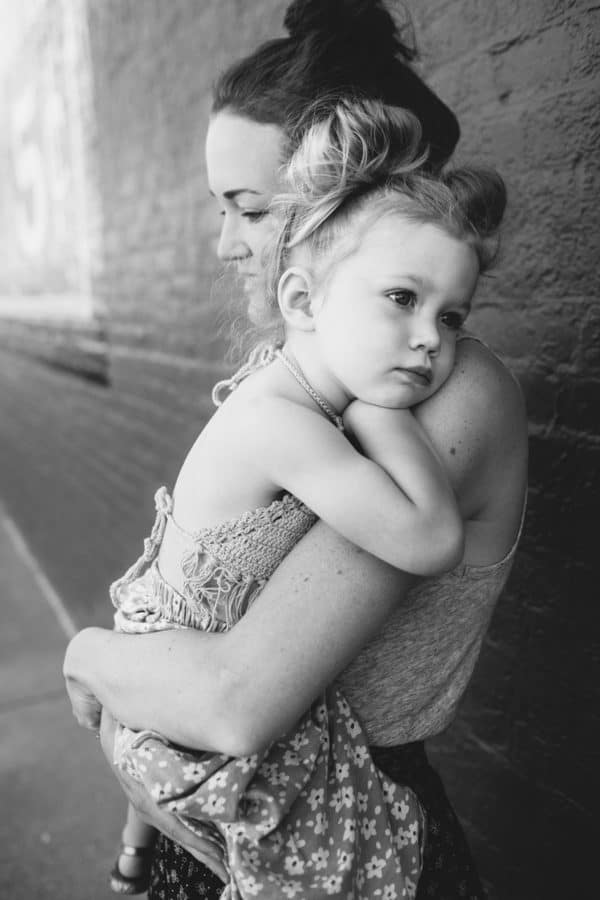 To get your toddler involved in the conversation, ask them what they think might happen if they ran away from you in public.

Ask them what they can do to stay safe in a situation, (instead of you always telling them a certain situation will be dangerous).

Getting your kid involved in the discussion helps them retain what you talked about because now they’ve helped think of problems and solutions.

This may not work in every situation, but for the ones that apply make sure you create a safety plan.

If you get separated in a public place, tell your child what they should do.

I tell mine they need to find a mom with kids because more than likely, a mom is a safer person for your child to go to.

My kids are too young to know what a police officer looks like (not to mention they aren’t always around). Likewise, my kids don’t know what store employees look like either and I wouldn’t want to confuse them by telling them someone with a blue shirt or a red shirt works there because obviously anyone could be wearing a blue or red shirt, not just an employee.

Your safety plan can start off basic and be altered as your children get older. 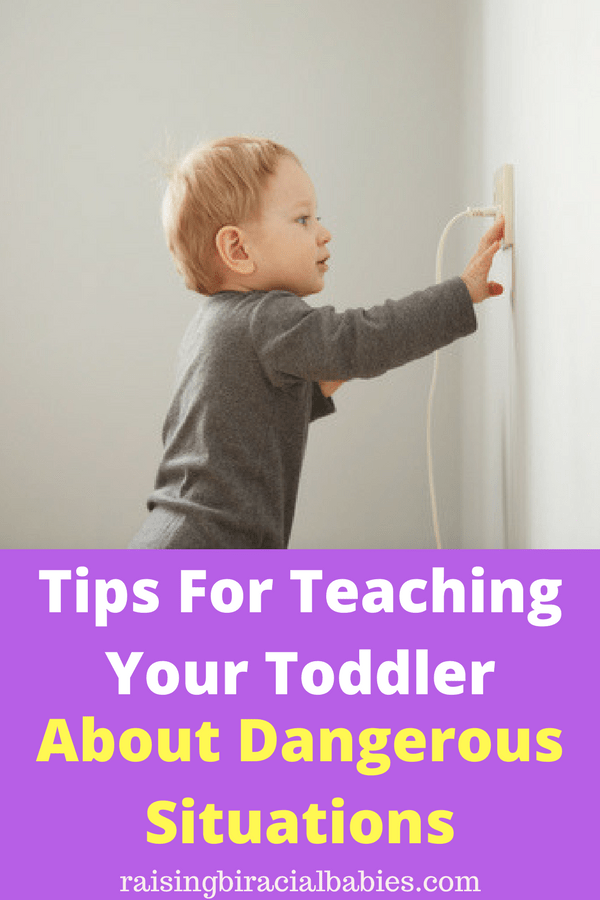 Don’t assume your child knows anything. It’s up to you to teach them and they look to you for guidance.

They don’t realize that running away or hiding from you can have serious consequences.

They don’t know running in parking lot, or not holding hands can have huge consequences.

Don’t wait (like I did) for your kids to do something dangerous before you have a conversation with them. Have the conversation often and involve them so they are more likely to remember what you talked about.

These tips can help start the conversation so your toddler can begin to learn about danger and how to keep themselves safe.

The One Potty Training Tip You Need to Ensure Success 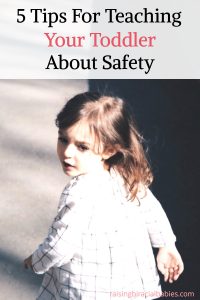 Great post and it’s a good message for parents! My daughter ran away from me once at a department store when she was three years old and in a playful mood to have me try to find her. I couldn’t find her for nearly 5 minutes, but I had the same adrenaline rush you had. I didn’t bring her to a department store for awhile after that.