I don’t know about you, but when I became a mom, one of the thoughts that gave me the most anxiety was potty training.

I’m sure it’s because when you’re a new parent, you have no idea how to start, when to start, what method you should use.

And then there is the societal pressure that your kid should be out of diapers as soon as possible. Not to mention a requirement for a lot of preschools, (age 3 years and up) is for them to be potty trained.

Or maybe you are on the reverse end and you don’t think much about it because you have a game plan or have friends and family that have given you lots of tips so you feel like you got this. But then when you start, you’re like, holy hell this is difficult! Because potty training isn’t going as smoothly as you thought it would.

It’s a huge feat once your child starts going to the bathroom in the toilet. You don’t have to spend anymore money on diapers and it means they are transitioning from baby to actual kid! 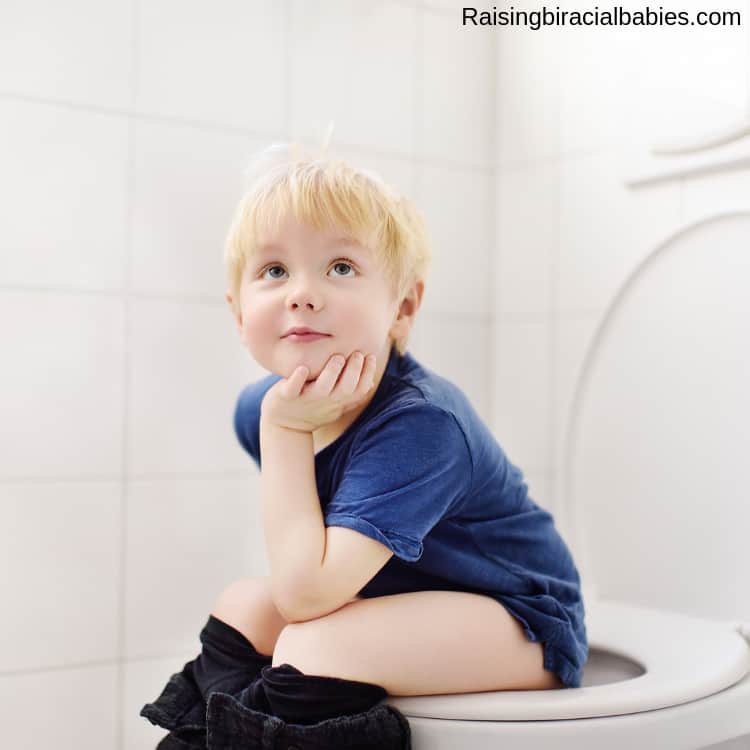 When my oldest got to the age when most people started potty training, I stressed A LOT about this. I started later than most and I felt like all of my friends who had kids her age or younger were already starting to potty train or had mastered the toilet before her.

The reason I waited was because I had read you shouldn’t start potty training 3 months before or after a huge transition.

When she was 22 months old, I had my son and shortly after that we moved into a new house. So lots of transitions were happening!

But after she turned 2 EVERYONE wanted to know if she was potty trained or if we were trying. It gave me so much anxiety because I felt like I was doing something wrong or that she would be in diapers forever!

I had read a lot about potty training and it seemed there were a couple main camps; the moms who waited until their kids told them they were ready to try, and the moms who tried to get their kids interested early with various methods.

Some of these methods were using candy, treats, or stickers if they went on the potty to give them an incentive to try to make it to the toilet when they had to go.

The moms who waited mostly said they didn’t use treats to get their kids to try to use the potty because going to the bathroom is a normal every day experience and they didn’t need treats to learn how to do that.

There’s no right or wrong camp to be in. I think every mom does what is best or easiest for her and her child.

I tended to be in the “I’ll wait until she’s ready” category, because I was worried if I started giving her candy to go to the bathroom, that I wouldn’t know how to wean her off of that!

Plus waiting was so easy! (I had another baby and I couldn’t spend most of the day sitting in the bathroom with her trying to get her to go.)

Even though I became comfortable with waiting, as she got older I did worry that she would never be out of diapers. Mostly because I had some people in my ear saying that she was too used to diapers and would never want to go in the toilet.

So there were a few times I did try to use candy, fruit snacks, or other treats to get her to go on the toilet.

My daughter is stubborn to put it mildly. If you have stubborn kids too, you know they’ll only do something when they’re good and ready to do it. So none of the bribery methods worked at all.

Another method for potty training is letting your child be naked so they can feel when they have an accident, which hopefully would spur them into asking to sit on the toilet because they don’t like the feeling of being wet or soiled.

Well that just made me a crazy person because I was following her around everywhere with a towel, trying to get her to sit on the toilet for long periods of time, all while trying to keep an eye on my active son, and it never worked.

So after that failed attempt, I decided I really would just wait and let her tell me when she is ready. I would periodically ask her if she was ready to try to wear her underwear and if she said no I left it alone.

Then one day, she said yes. Just like that she was ready to wear underwear!

We had one challenging day but within a week she was out of diapers.

Compared to the challenging months that most of the other moms I knew experienced, (because they were potty training their children at a younger age) this was such an easy way to do it.

Again, this is absolutely not to say that anyone is wrong in how they potty train or at what age they choose to potty train. I’m simply the type of person who likes to do things on the path of least resistance.

So after all the anxiety and stress it caused me, yes waiting really was that easy! 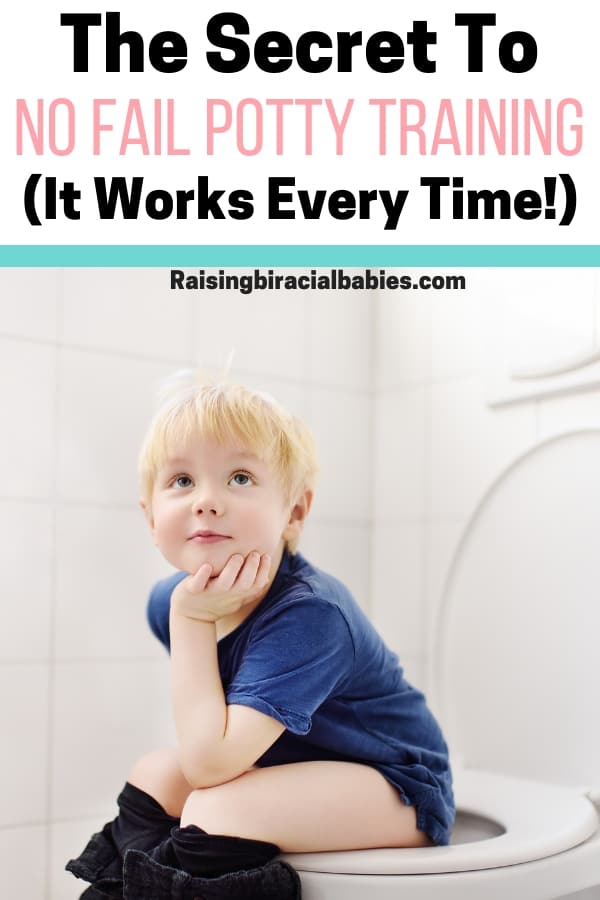 The benefits of waiting to potty train

Kids know that going to the bathroom is one of the only things they have complete control over so potty training can become something to test limits over.

If they are limit testing, (or just not ready) they may end up holding their waste and that can result in constipation or UTI’s. So by waiting, you’re allowing them to control when they go, which lessens the chance of your child getting constipation and UTI’s.

Also when you wait and let them decide, potty training is really fast. Like I said, it can legitimately be a one day process. Usually this happens when they are old enough to understand when they have to go and how to undress themselves.

Soon after my daughter decided to wear underwear and go on the toilet, there was a time when I went downstairs to grab something and I left her upstairs for a few minutes. I came back and she was in the bathroom going on the potty!

I was so shocked that she could do it herself (at that point she hadn’t done that yet) and I realized how quickly she picked this up!

Less or no accidents

By waiting to potty train, you pretty much don’t have to worry about accidents. I know many moms who had to deal with accidents in public, (which is another stressful component to potty training!).

But when you wait until they are old enough to tell you when they are ready, they can usually hold their waste for longer periods of time and they know the sensation of needing to use the bathroom. This means they can tell you if they have to go regardless of where you are.

So do yourself a favor and take the stress and anxiety out of potty training! Let your child tell you when they want to start trying and the training period is so much shorter. You won’t have to worry about accidents as much and it’s easier on you and your child!

Did you try waiting to potty train until your child told you they were ready? How did it go? Let me know!

How to Teach Your Toddler About Danger 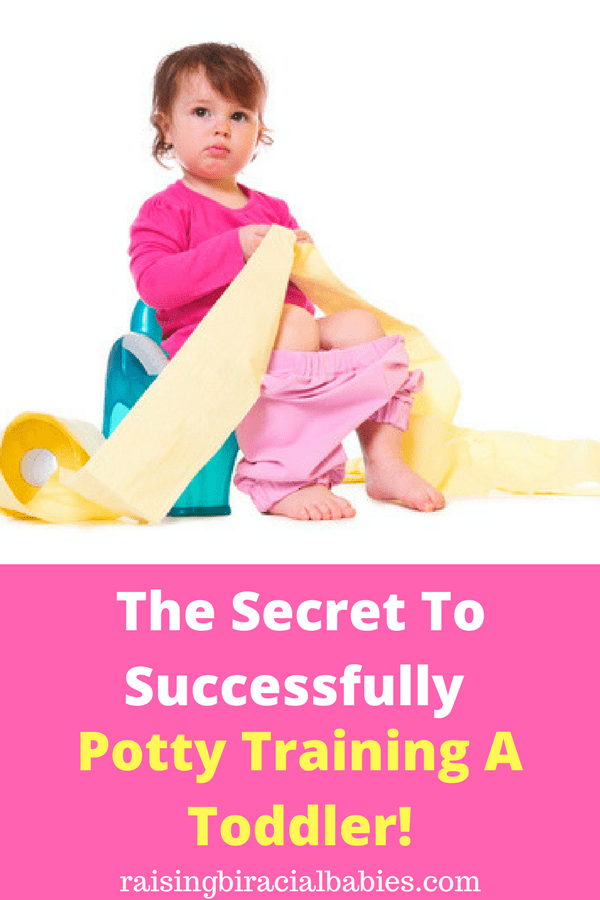 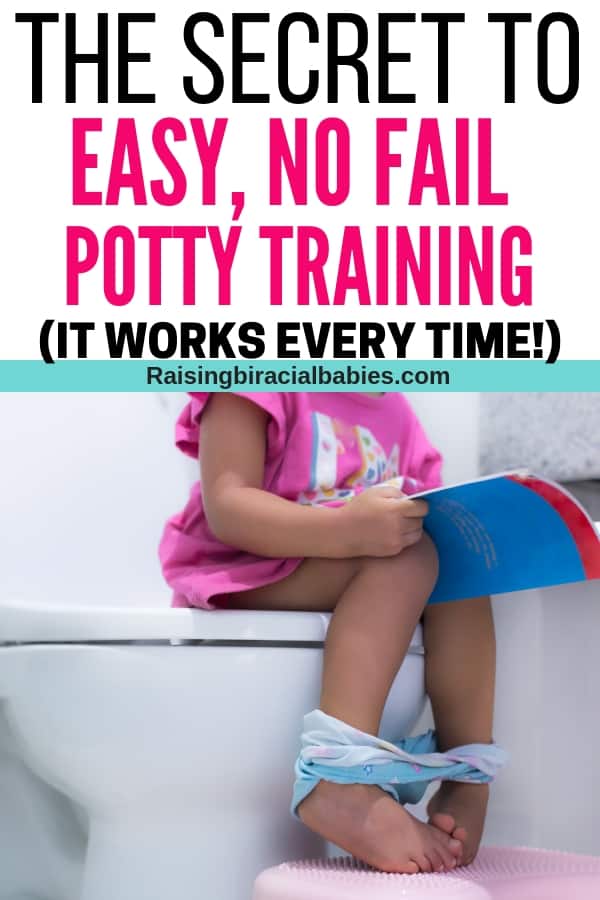 Hi there, I was wondering if you have had the same experience with your second child yet. I have an older daughter who was a nightmare to train. It became a test of her will and I wished I had just waited. Now my son is about 21 months and very interested because of his big sister, but I have a little PTSD from my first LO.

So my son, (who is my second child) is potty trained now also, and it was a different experience. I waited until he was older and once I knew he could do it, I offered little treats. He was EXTREMELY motivated with treats and immediately got the hang of it! I think it helped though that I waited with him and that’s why it was so easy. I’d say if your son is interested, go for it! Let him take the lead so there isn’t any pressure on him to potty train. I personally think it’s helpful to think of… Read more »

THANK YOU!!! I had so much pressure to potty train my oldest and it just DID NOT work. Until one day I went to put a diaper on him before bed and he said no, undies. So I put him in underwear, to bed, when he wasn’t anywhere near trained during the day, and he has only had maybe 7 accidents at night since then. He was 2.5 then and he is now 4.5. INCREDIBLE! After that he got the hang of peeing on the toilet all on his own and it was a cinch after months of trying to… Read more »