Inside: Tired of your kids fighting all the time? Try these 6 tips to end sibling rivalry and restore peace in your home!

Sibling rivalry is without a doubt one of the hardest parts of parenting.

It’s so hard to not be able to sit down for two seconds because as soon as you do, your kids inevitably start screaming and fighting with each other. No doubt it’s usually over something dumb…

There might be 5,000 toys in the room but they have to have the same exact toy! Or even if they have two of the same toy, that’s still not good enough. One of them has to have the toy their sibling has because somehow that one is better.

It’s maddening! But you can’t rationalize with toddlers why this behavior is so absurd!

My kids are definitely going through some major sibling rivalry right now!

And because I can’t play referee all day, I’ve been forced to think of ways to try to lessen this so there is more peace in my house!

These tips have been quite successful in lessening the severity and amount of fights my kids have! 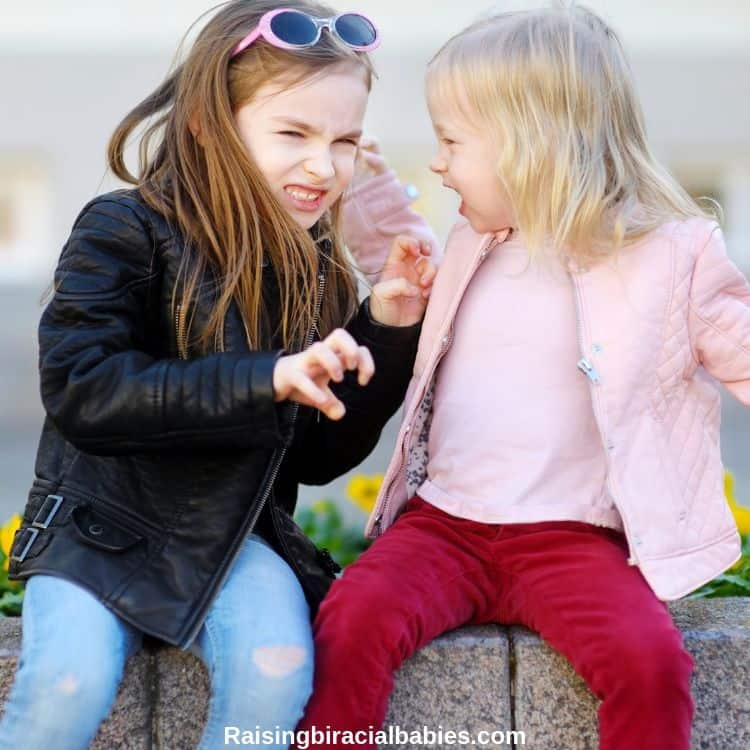 My oldest will often sit in her room and play with her toys or look at her books.

She normally doesn’t mind if her brother is in her room with her, but often my youngest thinks it’s a game to take the toy or book from her that she’s playing with, and watch her reaction, and then refuse to give it back to her.

So instead of hearing that mess all day, I told my daughter she could choose to play in her room with the door shut so her brother can’t play in there while she’s playing.

I also tell her she’s allowed to put up any favorite toys that she doesn’t want him to play with while he’s in her room.

This has been very successful as it puts the power to make decisions in her hands. 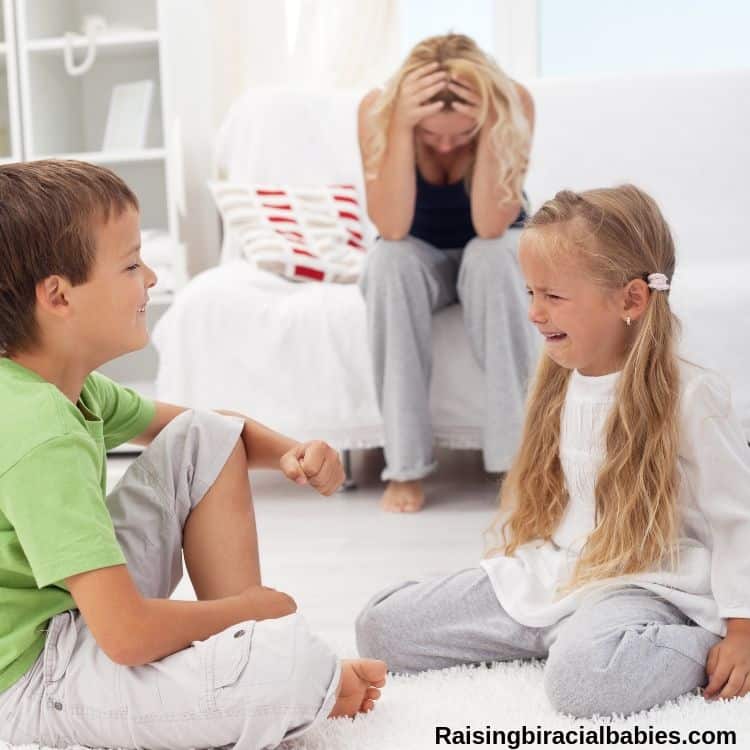 Sometimes my kids will be fighting over a toy or book and I won’t know who had it first so in that case I use a timer.

I let one of them have it and tell them they can play with it for a certain amount of minutes. Once their time is up the timer will go off, and they will have to give the toy to their sibling.

This actually works well because by the time the buzzer goes off the kid with the toy has already lost interest in it or the kid whose turn it is, often has found something else to do. 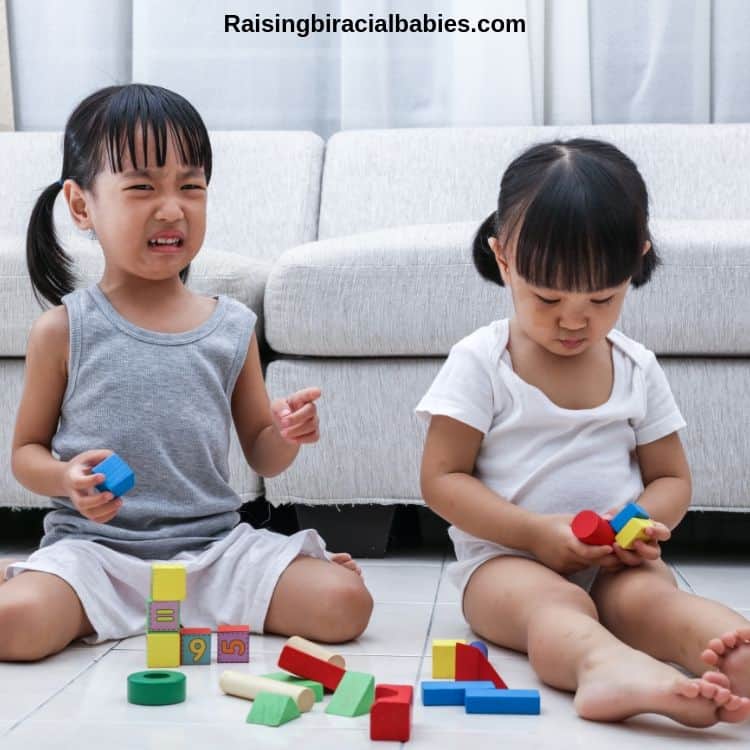 3. Let them handle it

This one can be hard because what mom likes to hear their kids arguing?

If you’re like me, the answer is not at all…but I also realize that kids need the opportunity to problem solve and communicate with each other without adult interference.

They won’t always have you there to help solve the issues that arise between them.

By allowing them to try to solve the issue on their own they will become more confident in using their words to talk out their problems and be able to see cause and effect.

So as long as no one is hurting each other, this is definitely a viable option. 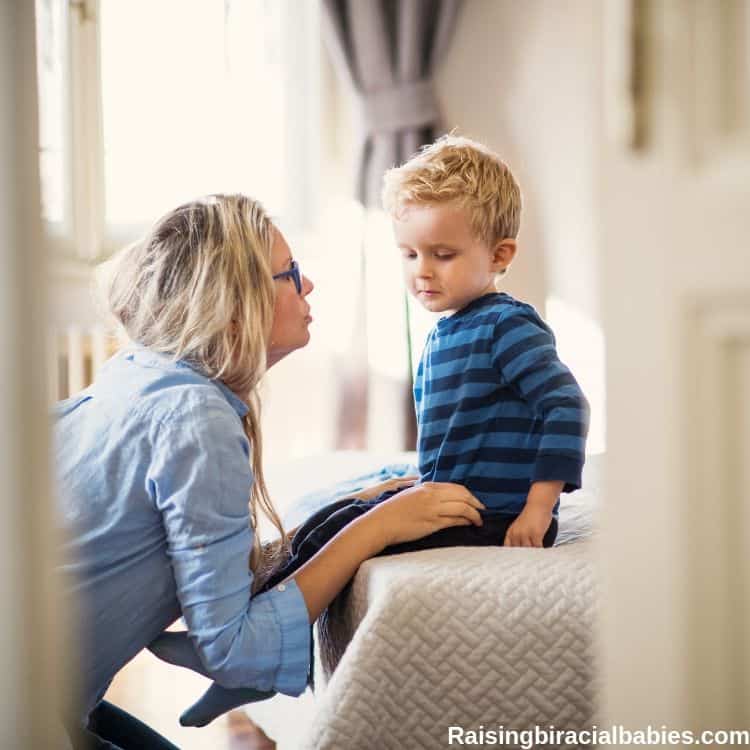 4. Explain scenarios to your child

This works better once your kids are a little older, (around 4 years old and up).

You explain to your older child that the younger sibling looks up to them. They enjoy playing with the same toys, and they like to play with the older sibling.

When fights break out, I’ll explain to my oldest that her brother is younger than her and he’s still learning what he can and can’t do.

I tell her we need to be patient with him while he’s learning and that it’s up to us to teach him the appropriate ways to play and behave. 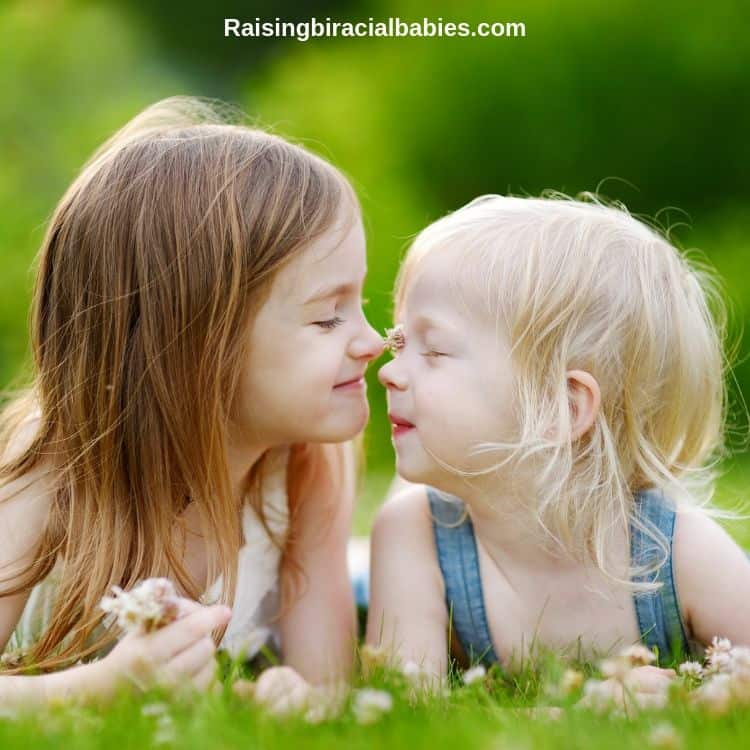 5. Give them the power of words

Give your kids the power to tell their sibling how they are feeling or what they do or don’t want them to do.

For example, some helpful phrases to let your kids say are:

No thank you I’m playing with that.

You need to wait your turn.

Do you want to play with this instead?

I’m not done with my turn yet.

Reminding them to use their words will also help them in situations once they go to school or during playdates with other kids.

Of course, if their words aren’t working and they are becoming frustrated, encourage them to come to you to prevent any squabbles from escalating.

They still need to know you’re there to help them if they can’t fix the problem.

This conversation about sibling rivalry is one we have to have many times because my daughter forgets that her brother doesn’t know he’s not allowed to take toys away from her.

She also forgets because she’s 4 and her emotions take over in the heat of the moment.

So by having repetitive conversations it helps her retain the fact that he’s still learning. 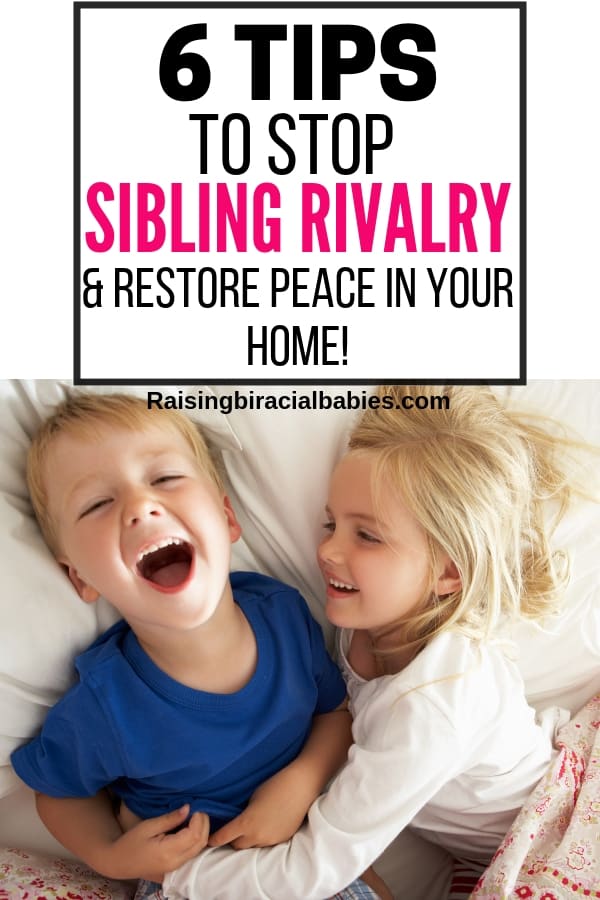 Sibling rivalry may very well be the bane of your existence.

Well now you can nip it in the bud with these tips!

Give them the power to choose which of their toys they don’t want their siblings to play with, implement a timer, let them handle their own issues, let them know what they can and should say in those situations, and have repetitive conversations to remind them.

Sibling rivalry will probably take awhile to completely go away, but these tips will help your children get along more often so you can increase the peace in your house!

The One Potty Training Tip You Need To Ensure Success

How to Teach a Toddler About Danger

How to Manage Two Kids Under Two In the Beginning 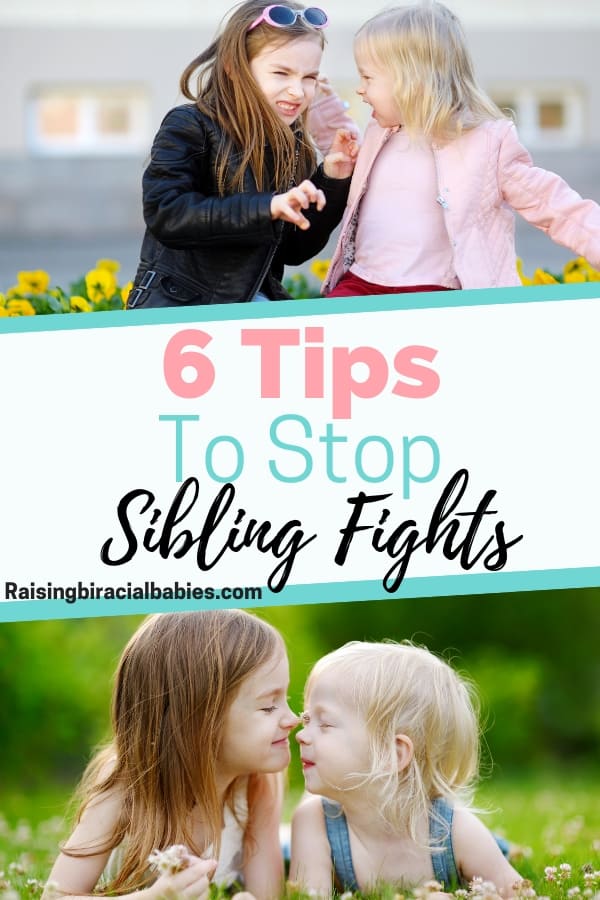 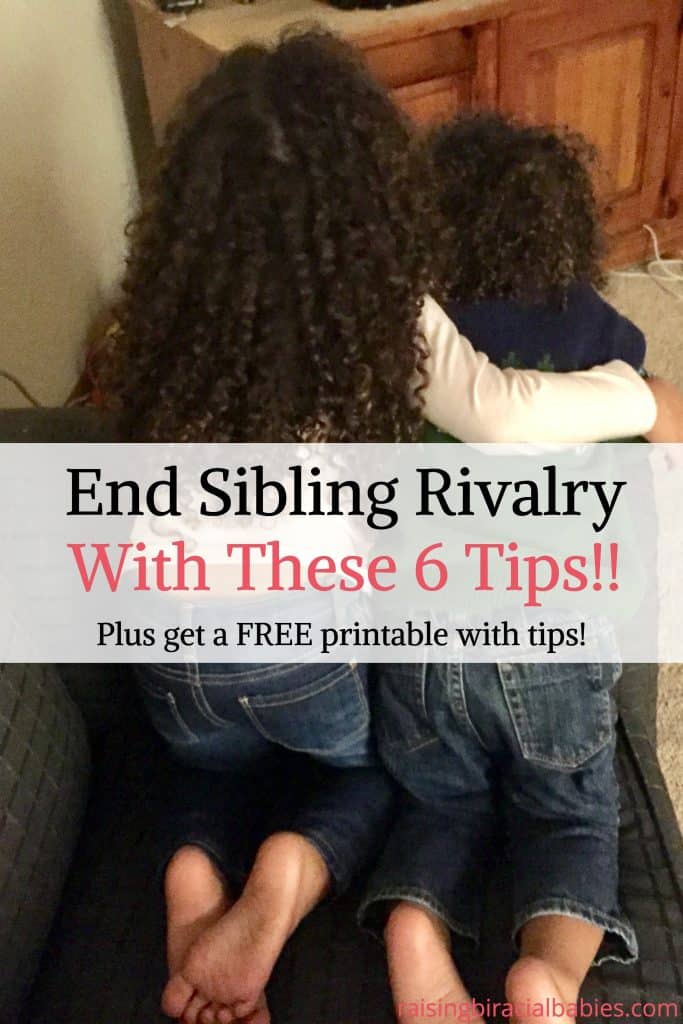 Previous Post: « Why You Should Incorporate Exercise Into Your Life
Next Post: 5 Tips To Beat The Holiday Blues As A Single Mom »
Subscribe
4 Comments
Oldest
Newest Most Voted
Inline Feedbacks
View all comments

Great post! 🙂
Thanks for sharing your tips! Not easy to deal with siblings fights…but you made it sound easy to handle with your great tips! Thanks!

I’m glad you found the tips helpful! Sibling fights can be so hard to deal with so I had to find the best way to deal with them in the calmest way possible!

Yes, repetition is a must! I feel like a broken record sometimes, but then I remember how I need multiple reminders too sometimes 🙂 Thanks for sharing these helpful tips!

Yes! It can be really hard to remember (during sibling squabbles) that adults need repetition too so we can’t expect kids to remember things the first few times we tell them!