Inside: If you have mixed kids, you need to understand why sunscreen is important to use on your biracial children!

Since becoming a mom to biracial children, my eyes have been open to many things I wasn’t aware of before I had my kids.

I had always heard mixed kids and people of color didn’t need to use sunscreen because they don’t burn.

My husband and his family had also agreed that the kids didn’t need sunscreen because they never used it and they were fine.

You may have heard the same thing. 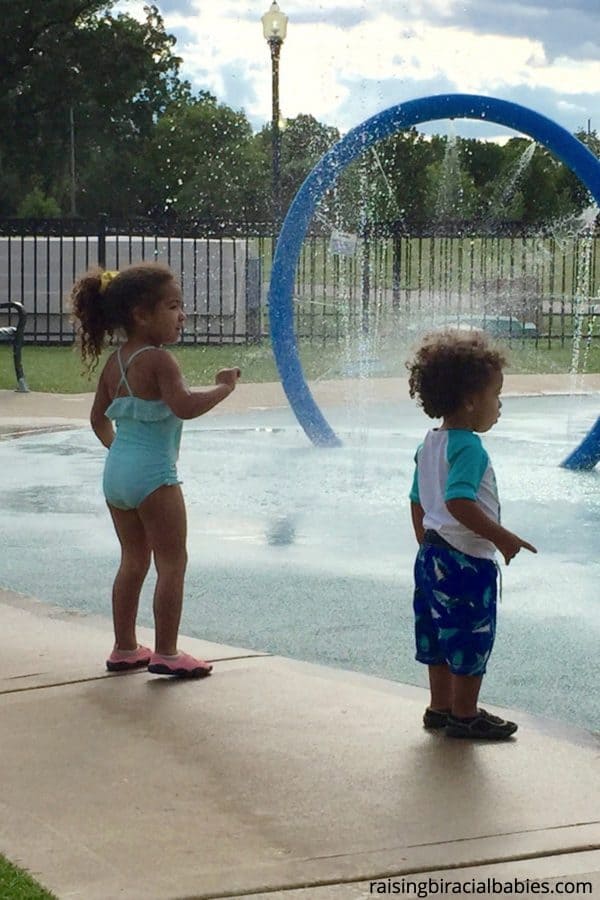 The idea of not using sunscreen is completely foreign to me because I’m very fair skinned. (So fair skinned that my daughter used to call me “clear”!)

Being so “clear” I’ve worried about skin cancer much of my life.

So I did some research to see if there was validity to the thought that mixed kids don’t need sunscreen.

Turns out that’s a huge myth, and that myth can have major consequences.

Since finding that out, I’ve been very conscious about putting sunscreen on my biracial kids.

This is because due to the pigment of their skin, melanoma is hard to spot. So they’re catching the cancer later when it’s more advanced.

Often African Americans and other races with dark skin don’t go to get their skin checked because of the myth that they won’t get skin cancer.

Knowing that skin color doesn’t prevent someone from getting skin cancer is why I choose to put sunscreen on my mixed kids. 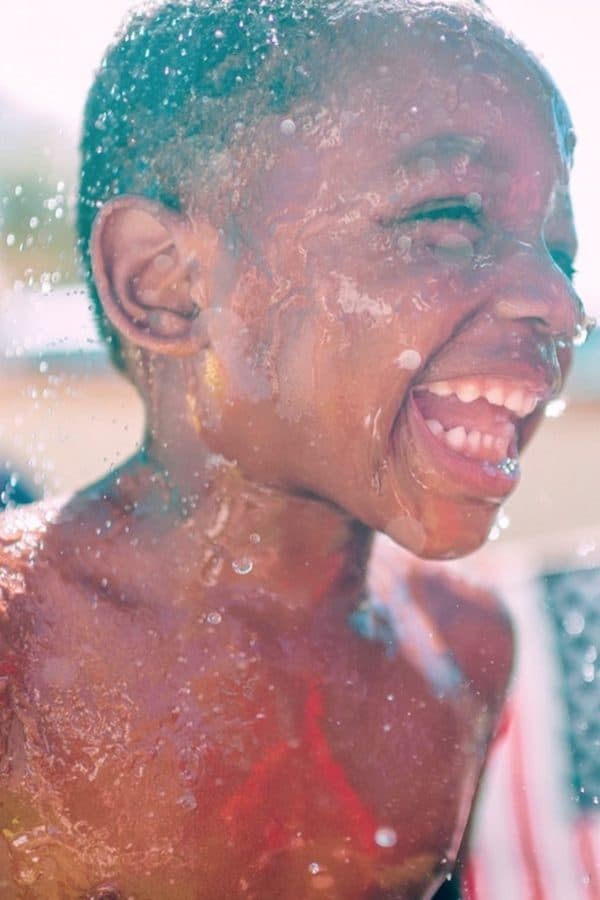 Another issue caused by the sun

One of the other reasons to use sunscreen on people with darker skin is they’re more prone to hyperpigmentation, or dark spots due to the sun.

Dark spots that people can get from acne, burns or cuts if exposed to the sun, can easily be prevented by staying out of the sun or wearing sunscreen. (source)

As all kids, mine fall or get various cuts and scabs all the time!

The marks they get on their skin tend to turn lighter, so in an effort to prevent those light scars from becoming darkened by the sun, I put sunscreen on them.

This has worked pretty well because most of the time their marks fade away over time back to their original skin color.

What sunscreen should you use?

I’ve been asked what sunscreen I use for my kids and I’ve had to experiment with different types to find the one that worked best for their skin.

Both of my kids have eczema and sensitive skin. But my daughter’s skin is more sensitive to sunscreen than my son.

There was a lot of trial and error involved…

When I would try out a new sunscreen on my daughter, her skin would get bumpy and itchy, and it took me a few times of using it before realizing it was caused from the sunscreen.

So I would stop using that one and try another one.

When that one caused itchy bumps, I stopped using it and continued the process.

The frustrating thing about the process (besides that it would cause my daughter to get itchy bumps!) was I was spending a lot of money on organic, “super safe” sunscreens!

I’m a fan of organic products, but this goes to show that organic isn’t always the best option for every need.

I finally found Aveeno Baby Sunscreen and this has been my favorite!

It doesn’t give my daughter a reaction at all so it’s gentle enough for both of my kids to use and it’s from a brand I trust.

(Eczema on mixed skin is a common issue and both my kids struggled with it when they were younger. I use Aveeno to help with this problematic skin issue too).

Another reason I love this particular sunscreen is because it soaks into their skin better, so they don’t look like they’re covered in a light white coating like some other sunscreens I’ve tried.

Related: How To Protect Biracial Hair While Swimming 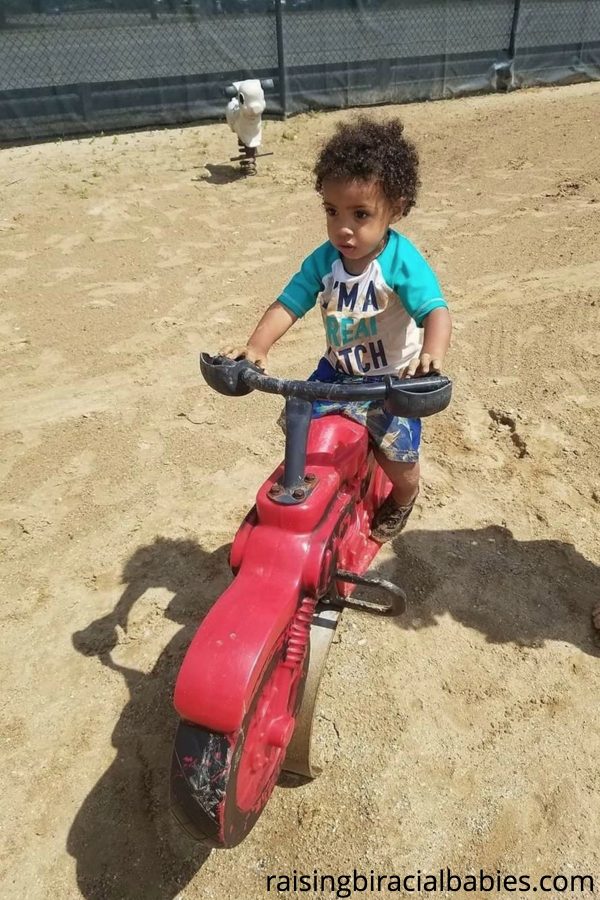 The moral of the story is, if you have biracial kids, you need to be putting sunscreen on them.

Just because your mixed kids have darker skin, that doesn’t protect them from skin cancer!

You may get asked why you’re putting sunscreen on your kids, or scoffed at because “dark skin doesn’t burn”, like I have.

You can either educate them on the realities of why sunscreen is important to use on your biracial children, or ignore it.

You’ll know you’re protecting your precious babies from harmful UV rays that cause skin cancer, and hyperpigmentation that’s caused by the sun’s rays on their cuts or burns.

So slather on that sunscreen and let your kids safely have fun in the sun!

What To Expect When You Have Biracial Children 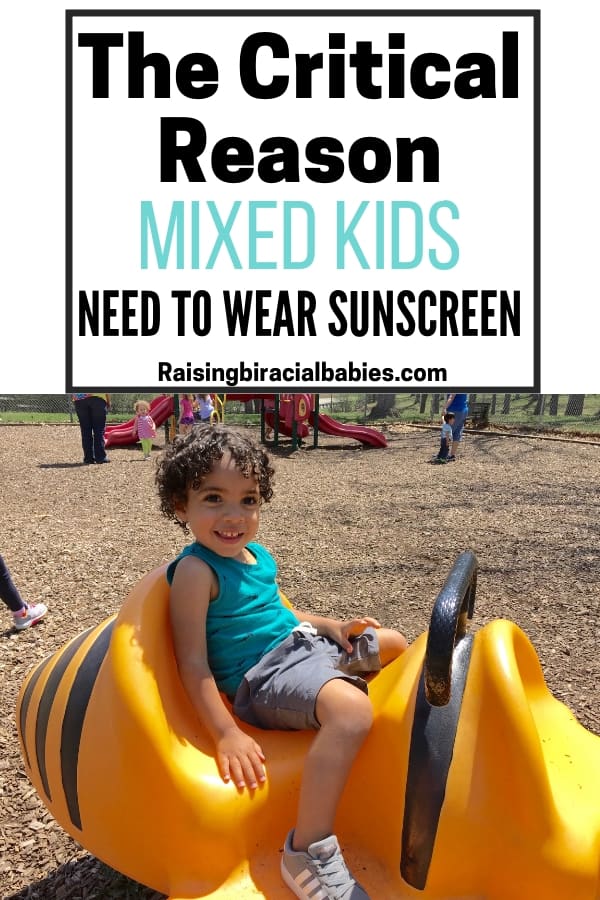 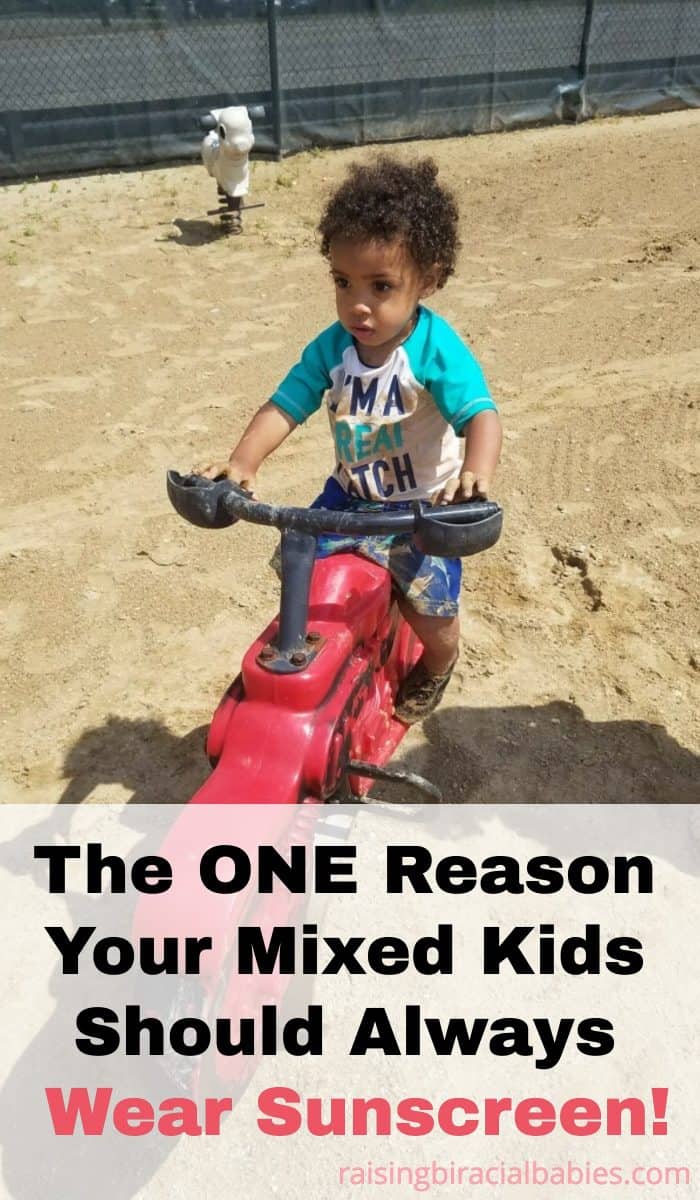 Previous Post: « How To Survive A Summer Pregnancy (16 Tips To Make It More Enjoyable)
Next Post: 4th Of July Safety Tips For Kids (15 Tips For A Fun, Safe Holiday!) »
Subscribe
2 Comments
Oldest
Newest Most Voted
Inline Feedbacks
View all comments

Hi… Thank you for the post. Just last week, I learned a lesson the hard way. My wife is Amazing Black African (from Kenya) and I am just a Boring White guy. We went to Folly Beach in SC. I believed the myth you mentioned. I’m a changed man now in that aspect. They will ALWAYS use sunacreen. Unfortunately, our beautiful biracial 10 yr old daughter got sunburned on her face and it sort of peeled. Now the splotchy light color is looking terrible and I’m so worried that her magnificent dark toned skin won’t come back completely. Thoughts???

I’m sorry to hear! I don’t know for sure whether her skin will return to its previous color. That could depend on how bad her burn was as well as how her skin reacts to any kind of wounds/scarring.

However, you definitely want to keep it protected from the sun by using sunscreen (which it sounds like you’re now doing) so there isn’t any further burning on that area.

Parenting mixed kids? I can help!