I thought I knew all about what to expect when you have biracial children. I figured at some point someone might ask me if I’m the nanny or at worst make a derogatory comment. What I didn’t know was how curious people are about mixed kids and how subtle the racial questions or comments could be. I also had no clue how blatant they could be! Having mixed children opens you up to so many new experiences as a mother. Sometimes its comical and sometimes its downright insulting. 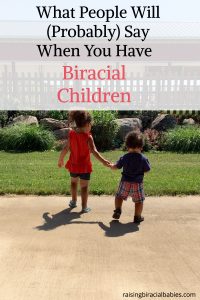 People want to touch their hair. Like all the time…Ok so I knew that this might happen but I wasn’t prepared for how often it happens and from so many different people! A lot of kids will touch my daughter’s hair, but there have been many adults that have touched her hair too. This includes family but also random strangers.

I caught a woman who was standing in line behind my daughter who was about to touch her hair! When she noticed that I saw her she snatched her hand back and apologized and said “she just wanted to touch it because it was so beautiful”. I was pissed! What adult thinks it’s ok to touch another person’s kid (in a sneaky way no less) without the parent’s or the kid’s permission?!

My daughter is only 3 and is already telling people to not touch her hair and that she doesn’t like it. You have to make sure to be their advocate and support them because unfortunately a lot of people don’t listen to kids. If my daughter tells someone to stop touching her hair and they don’t listen, I speak up and say she said she doesn’t like it when you touch her hair can you please stop?

By speaking up, you’re letting your child know that they get to choose who touches them and who doesn’t. You are teaching them that speaking up and making their voice heard is important. If this is something that bothers your kid whether it be their friends, kids at school, or other adults, you need to make sure you let them speak up and then support them. 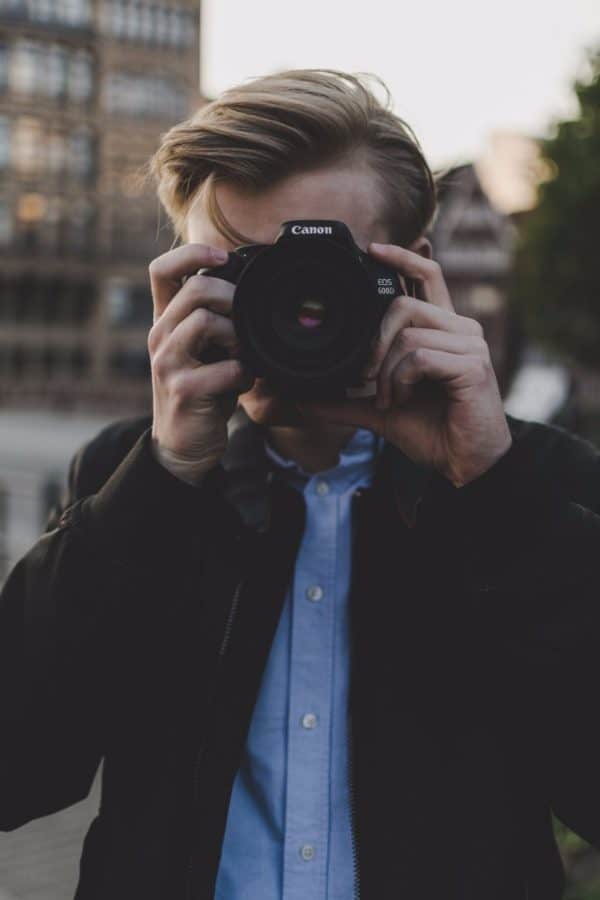 People may treat your mixed kids like unicorns. Like they are these mystical creatures that they have never seen before. I’m not talking about the nice comments about them being beautiful or that they have pretty hair, (I happen to agree with both of those statements). I’m talking about people stopping me in public raving about how beautiful my children are and trying to take pictures of them. Or telling me how they think mixed kids are the most beautiful people as they stare, try to talk to, and sometimes touch my kids.

Depending on the level of interaction the strangers have with my kids, sometimes this is funny and I laugh it off. Sometimes it can be unnerving for me and my kids. I am most definitely not a celebrity, but I imagine this might be what it’s like to have celebrity children.

Subtly asking if they are mine. I have been asked if they are my kids but not in a blatant, are you the nanny, type of way. It’s a subtler way of asking and I actually didn’t realize it had anything to do with my kids being mixed until the subject came up with my friends.

I don’t get this question so much anymore, (probably because I have two kids and they look so much alike). But when I just had my daughter I’d get asked a lot,

Oh is she your daughter?
Me: Yes
Them: Gives some kind of compliment about her.
I’d thank them and move on with my day.

But when I talked with my friends, I told them how I thought it must be normal for people to ask if their child, was in fact, their child. My friends quickly shut that down and said they never got asked if their kids belonged to them. Even my friends who also have mixed children (but their kids are Asian and white) said that no one ever asks that question.

This made me wonder if it’s because my daughter is half black?? It’s pretty freakin irritating because many people who know me say my daughter looks very much like me. But to strangers because she is darker than me they can’t see the resemblance?? If this happens to you, you could do a few different things.

You could acknowledge they are your kids and move on. Or you could ask them why they are asking and gauge your response based on how they answer. You could also ask them what makes them think they aren’t yours. I haven’t tried the last two options, but I think I might in the future. I don’t think a majority of people who ask these types of questions are doing it to be rude, but It might be a good lesson for them to understand the way those questions come off. 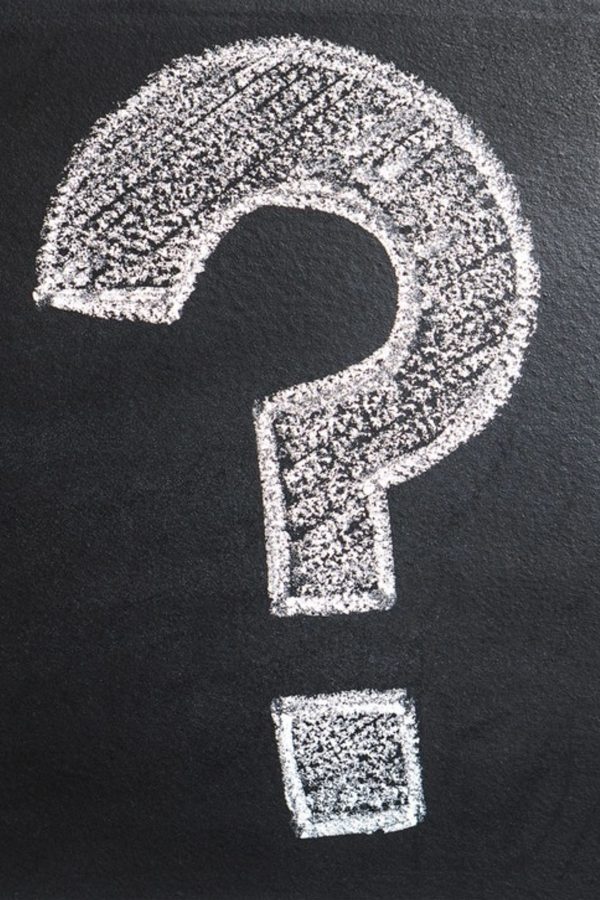 You will get asked “what are they?”. I’ve had several strangers stop me in the store or restaurant to ask me about my kids. They always want to know what they are mixed with. Sometimes I don’t mind, because I can tell someone’s curious and they move on after I answer.

But sometimes it can feel really intrusive because it comes across like I’m being interrogated. One woman stopped me in Target, saw my son and said well he is obviously mixed with something, what is it? When I answered her she just kept firing questions at me. I said something about my daughter (who wasn’t with me) and she asked me if she had the same hair, the same eyes, the same skin color?!

It was extremely uncomfortable! To be honest I’m still unsure how to deal with an extreme situation like this. I’m not good at telling people I’m uncomfortable or being up front about how I don’t care for their questions. If anyone has gone through something like this, I’d love to hear how you handle it.

Along with being asked what they are, you may have someone suggest what you should tell your child they are. Yes you heard right…someone had the gall to tell me I should tell my children they are only Black and not acknowledge that they are White.

At the time this happened, I had my daughter and was pregnant with my son. A man approached my family in a restaurant and said the best thing we could do was raise my children as though they were only Black. That we would know they were half White and I was their mother, but that society should only know them as Black. He said this would make them stronger and more successful. Insinuating that if they acknowledged that they were mixed they would not be as successful or it would somehow make them weak.

Again, I was really taken aback when he said this so I ended up saying nothing. How my children identify themselves will ultimately be their decision, however I hope to foster a sense of pride of both of their heritages. The problem I had was that this man made me feel I had nothing of value to give my children because I’m White. That I should remain in the background so that society doesn’t know they’re biracial.

Hell naw! I will never pretend like I don’t exist to please society! I do have value to give my children. I have a strong connection to my German background that I am proud of and hope to pass onto my children. If I do my job right my kids will take fierce pride in that they are a beautiful blend of Black and White. Should this happen in the future I will have to get over my fear of coming off as rude or confrontational and just tell them I do have value as their White mother and move on. 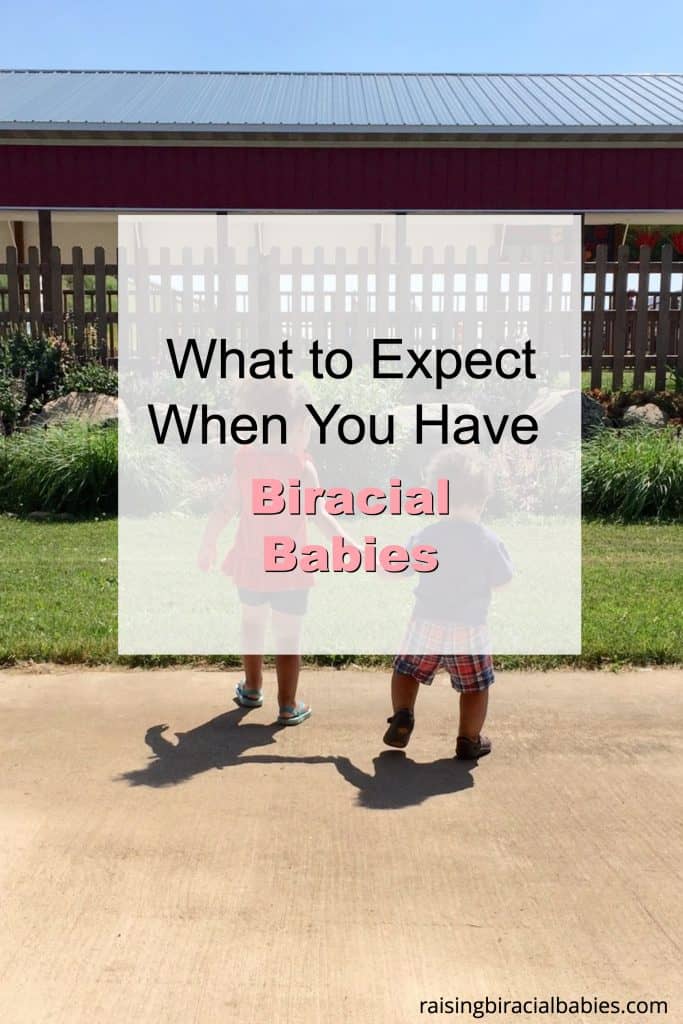 What can you expect when you have biracial children? The many interesting comments you’ll get. Some are comical and some downright insulting, (my oldest is only 3 years old so I imagine as she gets older there will be many more). One of the most defining moments of mothering a mixed child is going through a rebirth yourself. You have to be prepared for battles you both will face. If you are like me, you’ll have to get over being a people pleaser and speak up when something bothers your child or bothers you. You can also use some of the questions as lessons to teach people how they come across. Or you can choose humor and laugh off some of the funnier things that are said. At the end of the day you are the mommy and you gotta do what’s right for your babies!

How to Help Heal Eczema on Biracial Skin (in 6 Steps)

Why Sunscreen is Important to Use On Your Biracial Children

How to Support Mixed Race Identity as a Single Parent

I’m just reading this and boy did I get pissed at some of the comments you’ve gotten from people but I do understand. Since I see the article was written a couple of years ago, I hope you’ve been able have some good come backs to the rude comments. I’m a black momma to 2 wonderful grown children, we’ve been blessed that comments, from family and strangers have been not that bad but on the occasion when bordered on the RUDE, Honey I answered short and sweet! If they persisted on more questions, I kept it stepping, walked away. My… Read more »