When you have an angry child, chances are it takes every ounce of your being to keep your cool. Between the irrational reasons they get angry, or how quickly they blow up, to not knowing what to do to get them to calm down, it can be really frustrating.

Like I’m constantly trying to remember that I’m the adult and the one that has control over my emotions and my daughter hasn’t learned that yet.

You also may be prone to reacting to their anger with frustration and anger yourself.

When your child becomes angry, one or more of these tips can help them to cool down quickly and learn what to do next time!

Blow the house down

One of the tricks I use to help my daughter cool down when she is angry is by getting her to take deep breaths.

Now she was not havin’ it when I suggested “take some deep breaths”! But when I said it in a different way, “try to blow the house down, try to blow me over,” then she became way more willing to try it.

Of course I would get silly with it and pretend like she was actually blowing me over and it worked! She started laughing and taking huge breaths to blow me over.

When we use this technique, she quickly forgets about being angry because she is having fun!

These coping skill cards for kids give you lots of ideas to help your kids calm down.

Sometimes kids don’t want to talk to you because they are upset or they feel you were in the wrong and aren’t trying to hear your side of things. Sometimes they have a hard time expressing their feelings in a one-on-one situation (like right after they were angry).

Using toys and role-playing the situation can be a great tool to use to open up conversation! Kids love to play and I have found my daughter is more willing to open up when the toys are talking to each other.

So I use this opportunity to role-play what happened and talk through what could have been done differently. It’s really interesting to hear her point of view through her playing.

When she is angry, she tends to not want to hear what I have to say, but she is more willing to listen when the toy is talking.

Related: How To Discipline Your Toddler And Stay Sane

I use this technique when she says hurtful things or when she and her brother get into fights.

Using a specific name also helps her think about what she could do to make that person feel better because again, it isn’t just a faceless person, it’s personalized.

This one can be hard for me because I really try to get my daughter to talk about why she is so mad or what she thinks happened. But then when she does and I can clearly see the inaccurate parts of her story, I tend to interrupt her to correct her.

Sometimes just getting all these thoughts out can help diffuse her anger because all she wants is to be heard. 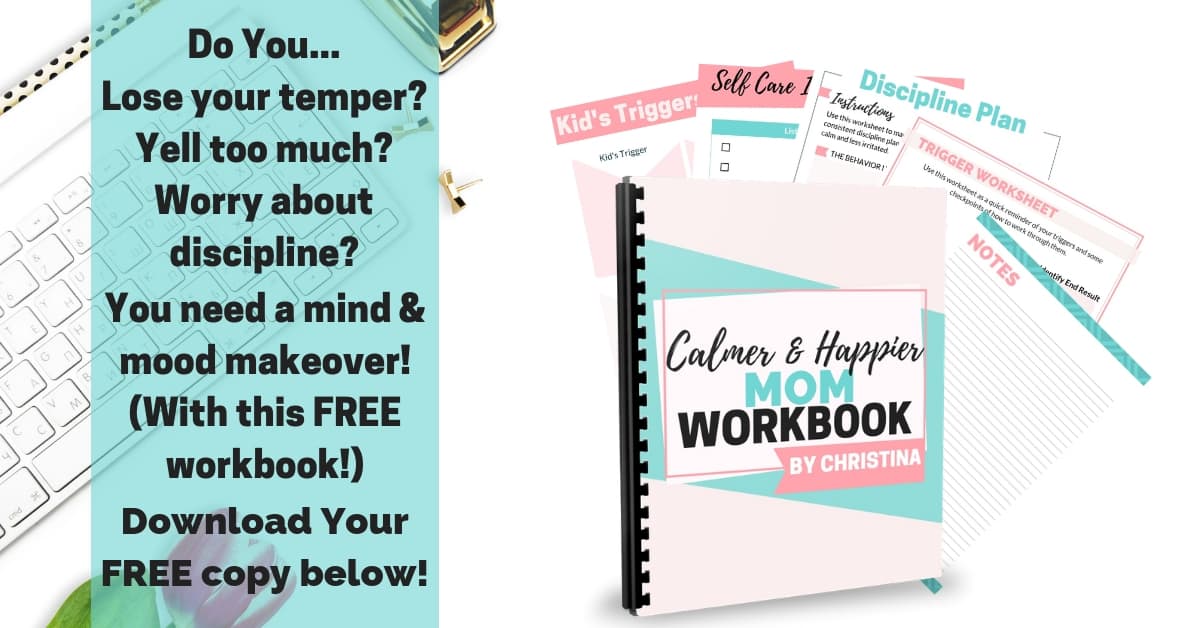 Ask what they want the solution to be

So once ‘A’ processes what happened, I ask her what she would like to happen now that the situation is over. Sometimes she says I don’t know, and other times she will have a solution like she wants to give someone a hug or apologize.

If she says she doesn’t know, then I’ll offer a couple possibilities and see if she is open to them.

Let them know you understand their feelings, even if the end result isn’t exactly what they want

Many times ‘A’ feels like she has been wronged or someone did something to her and that’s why she became angry.

When she is done telling me about the situation I always tell her that I hear what she is saying. I will repeat back the main points of her thoughts because again, it goes back to your kids wanting to feel like they are being listened to.

So I let her know that I understand she is angry and that it’s ok to feel that way, but she will not, (get the toy at that time, get the snack she wants right then, etc).

Let them know their feelings are ok, but physically acting out isn’t appropriate

I always make it a point to let ‘A’ know that it is ok to feel any way she wants to. She is allowed to feel angry, sad, disappointed, frustrated, etc., but she is never allowed to physically take those feelings out on anyone, (like hitting, throwing things, or slamming doors).

Let them know what they can do instead 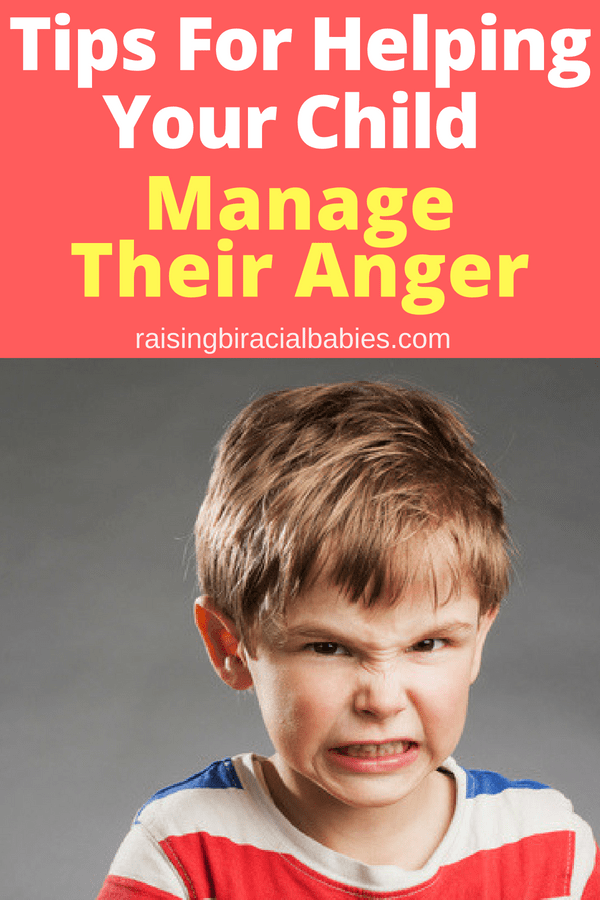 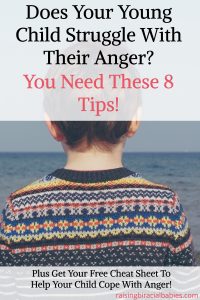 When you use these tactics to help a young child handle anger, it helps both of you. Obviously it helps them to cool down quickly but it helps you remember to calmly respond to your kid. Cause when you greet fire with fire, you just get more fire… These tips can help your child mellow out much more quickly and figure out what to do next time they feel angry!

What are some ways you help your young child handle anger?

How To Help Your Toddler Overcome Separation Anxiety

How To Teach A Toddler About Danger 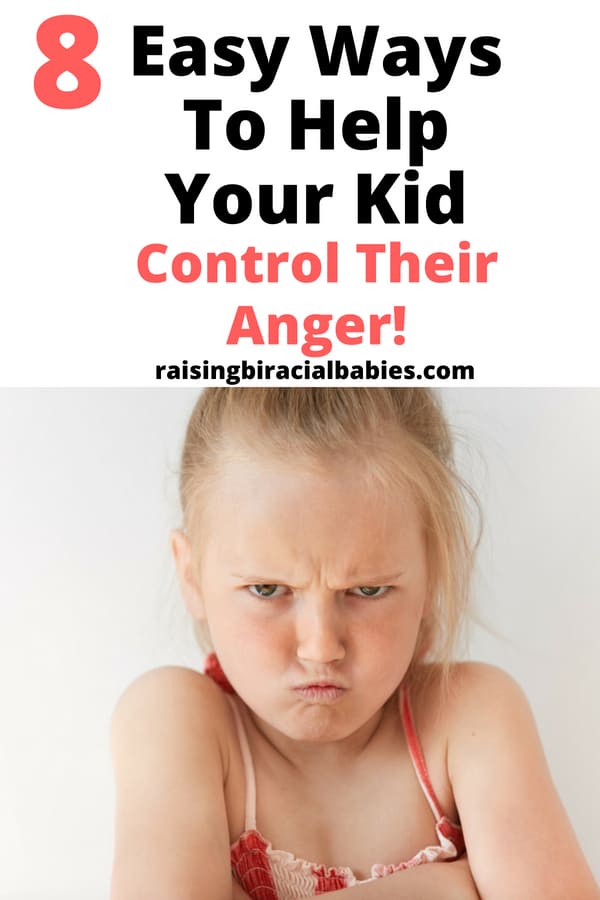 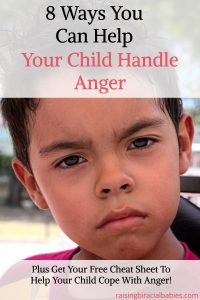 Previous Post: « How To Spend Quality Time With Your Kids
Next Post: 8 Reasons Why Being A Single Mom Is Awesome »
Subscribe
2 Comments
Oldest
Newest Most Voted
Inline Feedbacks
View all comments

Fabulous, fabulous post! These are great tips that I hope many, many people will listen to. Children do not naturally outgrow a ger issues. They need the skills to work through their issues and handle anger more appropriately.

Thank you! You make a great point! It’s unreasonable to think children can figure out how to handle big emotions like anger on their own. They definitely need proper guidance, especially from those they trust most. Figuring out how to cope with anger now will benefit them so much in the long run!